How does radiation therapy cause ED?

Radiation therapy is a well-known cause of ED. Radiation therapy uses high levels of radiation to damage cancer cells' DNA in an effort to destroy them or keep them from growing and dividing, while minimizing damage to the surrounding healthy cells. Both pelvic external beam radiotherapy and seed implants (brachytherapy) are used to treat prostate cancer.

Radiation therapy in the pelvis area of men can cause ED in 3 possible ways:

Some of the sexual side effects after radiation therapy are:

There are three main factors that determine the extent of vascular damage that occurs following radiation exposure:

How common is it for men to experience ED following radiation therapy?

Radiation therapy is a well-known cause of ED. Although ED may begin about six months after treatment, and progress gradually, it is the most common long-term complication of radiation therapy.

Other predictors of ED can include patient age, pre-treatment erectile function, method and dose of radiation delivery, the use of neoadjuvant (pre-surgery) hormone deprivation and the duration following radiation at which the patient is assessed by a physician. Also, men who smoke or who have a history of heart disease, high blood pressure or diabetes also may be at a higher risk of ED. These conditions may have already caused some artery damage which becomes further damaged by the radiation, Older men (especially those over 60) may find that treatment accelerates the sexual side effects associated with normal aging.

How soon after having radiation therapy are men likely to have ED?

Even with the most precise radiation therapy, men may experience some ED for the first few months after treatment. Many of the sexual side effects of radiation are slow and gradual, and may take as long as six months to several years to appear. Unfortunately, radiation-induced ED is usually permanent.

Does anti-androgen therapy make ED either better or worse?

Hormone treatment (also called androgen deprivation therapy or androgen suppression therapy) for prostate cancer attempts to stop, block or remove the production of testosterone and all androgens to slow down or stop the progression of cancer. When hormone therapy is used, it is common for sexual problems to occur within the month following the beginning of therapy.10 In addition to causing ED, hormone therapy can also reduce a man’s sex drive.

Other common sexual side effects with hormone treatment include:

Younger men tend to have fewer side effects from hormone therapy. 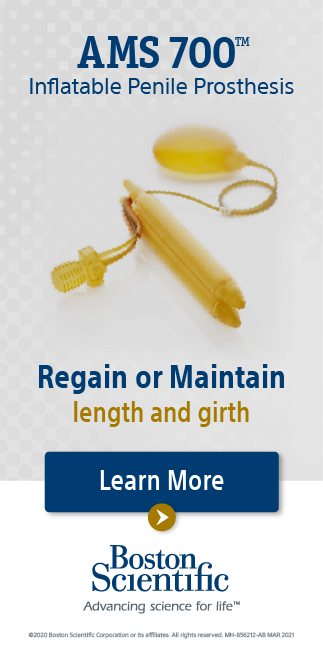