After Orgasm: A Range of Reactions 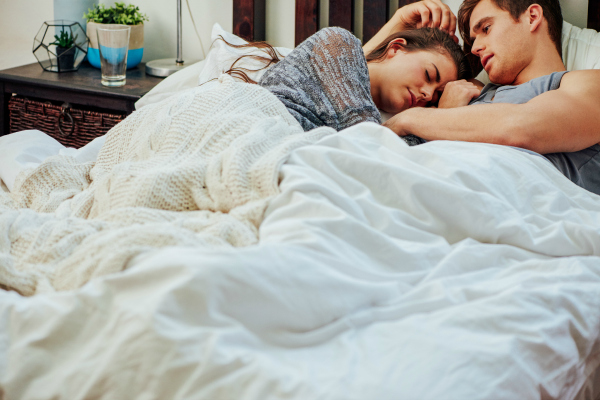 Orgasm is sometimes described as an out-of-the-body experience. We’d add that it’s a full-body experience, too. Think about the body parts involved: Your eyes see your partner’s smile; your skin receives touch. Your brain sends signals through your nervous system, telling your genitals to start getting ready for the main event. Your blood pumps harder. Your breathing quickens. And then, if things go as planned, you and your partner climax – sometimes together, but more often separately.

Given what happens to your body during orgasm, it’s probably not surprising that body it can respond in a variety of ways afterward. Such responses can be pleasant, like intimate pillow talk with your partner. Or they can be painful, like getting a sex headache.

Sometimes, people report unusual events during or after orgasm, like hallucinations or temporary hearing loss. There is even a story of orgasms starting in a woman’s left foot!

Below are some of the things that can happen to you after an orgasm. Keep in mind that all orgasms can be different. And no two people experience orgasm quite the same way.

If you are concerned about of these post-orgasm feelings or events, don’t hesitate to discuss them with your doctor.

“Eight weird things that can happen after you climax - including an orgasm in your FOOT, hallucinations and sneezing!”

“Why do some people sneeze when sexually aroused?”

“Sneezing uncontrollably after sex may be more common than realized”

“7 Weird Things That Can Happen After You Orgasm”

Journal of the Royal Society of Medicine

“Sneezing induced by sexual ideation or orgasm: an under-reported phenomenon”