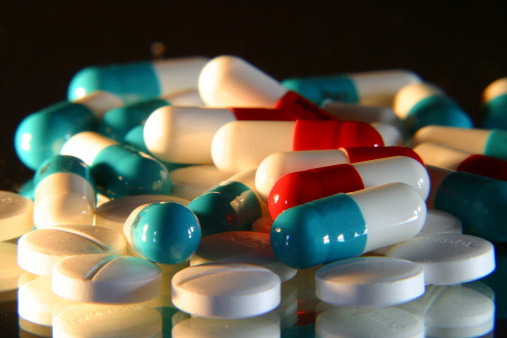 When your sex drive plummets, it can be difficult to pinpoint why. Could it be low testosterone? Fluctuating hormones due to pregnancy or menopause? Fatigue or stress from a new job? Anxiety or depression? All of these factors can contribute to low libido. So can certain medical conditions like diabetes and cancer.

Another question you might consider is this: Could it be the medications I’m taking?

Today, we’ll take a look at three different types of drugs that have been linked to low libido.

Depression itself can decrease a person’s sex drive. Unfortunately, medications used to treat it do not always help matters. Selective serotonin reuptake inhibitors (SSRIs) and tricyclic antidepressants can have sexual side effects.

What can you do? Talk to your doctor about a change in medication. Other types of antidepressants may work better for you. Changing the dose might also help.

However, don’t make any medication changes without talking to your doctor first. Some drugs need to be stopped gradually, under a doctor’s guidance.

Exercise might help, too. A recent study in the journal Depression and Anxiety found that for a group women on antidepressants, exercising helped alleviate sexual side effects. Women who exercised shortly before having sex appeared to have the best results. (Read more here.)

The effect of birth control pills on a woman’s sex drive can be complicated. Some women find they lose interest in sex. Other women actually see their libidos increase.

Some experts believe that birth control pills hinder the production of testosterone in women. Testosterone is a sex hormone usually associated with men, but women’s bodies produce it as well. And it does play a role in sex drive.

However, a 2013 study in The Journal of Sexual Medicine found that this role is unclear.

In the study, researchers analyzed two types of birth control pills. One type of pill was thought to have less of an effect on testosterone; the other was not.

The study participants were women who believed their low sex drive was triggered by the birth control pill they used. The women were randomly assigned to take one of the two pills under investigation for six 28-day cycles.

At the end of the study, the researchers discovered that both treatment groups had improved sexual function. This lead them to question whether testosterone was the culprit.

Women who suspect they have sexual side effects from birth control pills are encouraged to see their doctor. Another type of pill might be more suitable. Or, women might need to change to a nonhormonal method of contraception, such as intrauterine devices (IUDs) or condoms.

The third type of medication we’ll talk about today is prescribed to men. Both contain the active ingredient finasteride, but in different amounts and for different purposes. Proscar is used to treat problems caused by an enlarged prostate. Propecia is intended for patients with male-pattern hair loss.

Both drugs have been associated with decreased libido and erectile dysfunction, which may last even after patients stop taking the drug. Some men who take Propecia also have trouble with ejaculation and orgasm.

Men who feel their sexual problems may be caused by Proscar should speak to their urologist. There may be other medications and treatment avenues to explore for an enlarged prostate.

Men who take Propecia may consider other hair loss treatments if low libido becomes an issue.

How about you? Has a medication ever affected your libido? If so, what did you do about it? Feel free to tell us your story in the comments.

“Are You Depressed, Taking Antidepressants and Losing Your Libido? What You Can Do About It”

“What are some common sexual side effects of oral contraceptives (birth control pills)?”

“What should a woman do if she thinks oral contraceptives are causing sexual problems?”