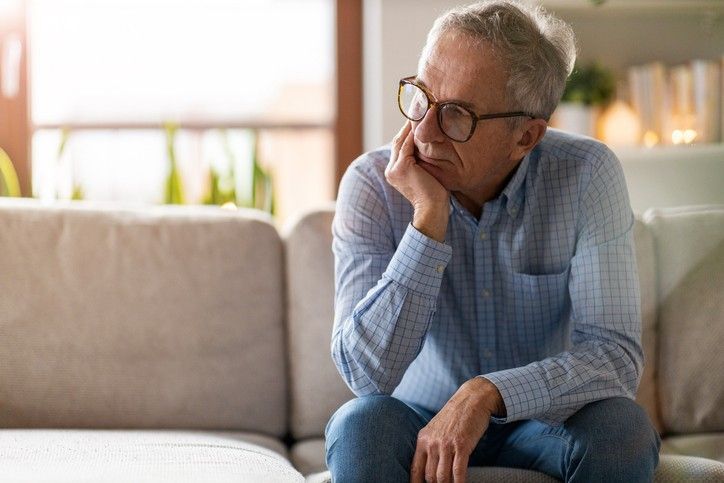 According to a new study in The Journal of Sexual Medicine, having a partner may protect against depression in men with Peyronie’s disease, while a history of depression and higher Peyronie’s Disease Questionnaire (PDQ) scores may be predictive of depression.

Peyronie’s disease is a condition in which scar tissue or plaques form in the penis, causing it to bend and shorten. The curve of the penis can make penetration difficult or painful and sometimes results in erectile dysfunction.

Perhaps it is not surprising that Peyronie’s disease not only affects one’s sexual function but can also have a big impact on one’s mental health and relationships. In previous studies, men with Peyronie’s disease have reported problems with self-esteem, social isolation, performance anxiety, relationship issues, and stigmatization. One such study found rates of depression of up to 50% among Peyronie’s patients.

This study of 408 men seeking treatment for Peyronie’s disease at a high-volume sexual medicine practice explored factors that may be predictors of depression in these patients. Each patient completed three questionnaires for the study: the PDQ which assesses the severity of the physical and psychological symptoms of Peyronie’s disease, the Center for Epidemiologic Studies Depression Scale (CES-D), and the Self-Esteem and Relationship (SEAR) questionnaire.

Using a CES-D score of 16 or higher as a cut-off for moderate to severe depression, the researchers determined that 110 out of the 408 men in the study (27%) had clinical depression. This is less than the 50% rate from the previous study, but the authors acknowledged that the other study used a CES-D cut-off score of 14 or higher to indicate depression.

Between the group with depression and the group without depression, there were no significant differences in the average age of the men, the average duration of time with Peyronie’s disease, or the frequency of complex deformities (things like an hourglass shape deformity, a curve of over 60 degrees, etc.)

Although the average degree of penile curvature was greater in the group of men with depression, the difference was not clinically meaningful, meaning that it would be unlikely to have a noticeable effect among patients in the real world outside of the study.

The authors found that higher PDQ scores and a history of depression were associated with higher rates of depression in the men during the time of the study. On the other hand, the men with higher SEAR scores were less likely to be depressed.

If you have Peyronie’s disease and struggle with depression, performance anxiety, social isolation, or relationship issues, talk to your health care provider about mental health resources that are available in your area.