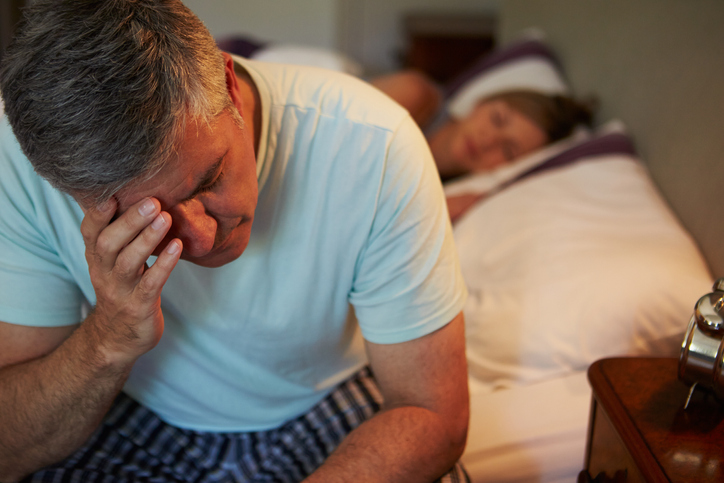 For individuals suffering from a condition that affects their sexual function, receiving an accurate diagnosis is an important first step in the process of pursuing treatment. This may seem simple, but unfortunately, many sexual disorders have overlapping symptoms and manifest themselves in similar ways, sometimes making it difficult to identify the root of the problem. Stuttering priapism (SP) and sleep-related painful erection (SRPE) are two rare disorders that have similar symptoms and can cause painful erections at night, but they are distinct conditions that should be managed and treated in different ways.

A team of researchers including David Ralph, MS, FRCS, explored the similarities and differences between SP and SRPE with the aim of determining the most effective medical and surgical treatments for men with either condition. Dr. Ralph, an accomplished urologist and microsurgeon who has done extensive research on several sexual medicine topics, including Peyronie’s disease and erectile dysfunction (ED), said: “[This study] is important because it differentiates between the different types of painful nocturnal erections. The mechanisms [of these disorders] may be different and the treatment is different also.”

Priapism is a prolonged, often painful erection that is not related to sexual stimulation and can last for hours. It is an uncommon condition, but it occurs more frequently in people with sickle cell disease (SCD), an inherited disorder in which red blood cells become hard and sticky and take the form of a C-shaped “sickle.” SP is a type of ischemic “low-flow” priapism (IP), caused by blood not being able to properly flow back out of the penis. Men with SP experience recurrent, painful, prolonged erections with occasional episodes of IP (erections lasting more than four hours). While SP erections could happen at any time, they usually occur at night when men are asleep. Like other forms of priapism, SP can cause fibrosis and may result in erectile dysfunction.

SRPE is a condition in which men experience painful erections during REM sleep but have normal, painless erections when they are awake. The cause of SRPE is unclear, but some early research suggests it may be associated with stress and anxiety. Unlike SP patients, men with SRPE do not have IP episodes, and the disorder does not affect sexual function nor lead to ED.

Given the similar presentation of the two disorders, it can be challenging to determine which condition a man is afflicted with, which is problematic because the conditions require different treatment approaches. “SRPE is often treated as SP,” Dr. Ralph explained, “but it may be a sleep disorder or a condition of non-penile pathology. The etiology of both conditions is unknown, but in SRPE the penile structures may not be the source of the symptoms.”

This study of 133 men with bothersome nocturnal erections (62 with sickle cell SP, 40 with non-sickle cell SP, and 31 with SRPE), revealed that automated exchange transfusion of red blood cells and hydroxyurea (a drug that can help keep abnormal red blood cells from forming) were the most effective treatment options for the men with sickle cell SP. Hormonal manipulation and a drug called etilefrine were effective for both groups of SP patients. Baclofen, a drug used to treat muscle spasms, was the most effective treatment option for the SRPE patients. Finally, surgery in the form of penile prosthesis implantation was effective for the men in the SP groups, but not effective for the men in the SRPE group.

The results of this study underscore the importance of knowing a patient’s medical history and establishing a correct diagnosis when treating a sexual disorder. Further research on both SP and SRPE would be helpful for determining the causes and unique features of each condition.