Should Men Worry About Dry Orgasms? 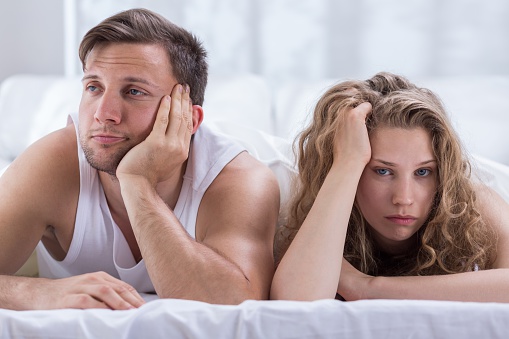 For men, it sounds like a contradiction, doesn’t it? Men ejaculate semen at orgasm. Doesn’t that make orgasms, by definition, wet?

The answer is: Not all the time. Some men reach orgasm – and feel great pleasure from it – but do not ejaculate any semen at all. Or, they might ejaculate a very small amount. This is what we mean by “dry orgasm.”

Some men reach orgasm – and feel great pleasure from it – but do not ejaculate any semen at all. (Click to tweet)

While they might seem a bit unusual, dry orgasms are usually nothing to worry about. They can be a challenge for couples who would like to conceive, but they generally not a health risk.

Men may have dry orgasms for a variety of reasons.

Younger men with short refractory periods might have them occasionally. The refractory period is a period of time after orgasm during which a man’s body recovers and doesn’t respond to sexual stimulation. These intervals often don’t last long in younger men. In fact, it can be just minutes before a man is “ready to go” again. And he might climax several times during one sexual encounter.

Eventually, however, the well runs dry. A man has a limited amount of semen to ejaculate and if he keeps going, that supply will be depleted. It’s not a cause for worry, though. In a day or two, the man’s body will produce semen to replace what has been ejaculated and he’ll be back to a full supply.

Certain medical conditions can lead to dry orgasms, too, especially in older men. Men who have had surgery for prostate cancer or an enlarged prostate (benign prostatic hyperplasia) often experience dry orgasm. So do men who have had their bladder removed.

Other possible causes include medications (such as those for high blood pressure or an enlarged prostate), radiation therapy, nerve damage, low testosterone, and spinal cord injury.

In some cases, men develop retrograde ejaculation. When this happens, semen isn’t expelled from the tip of the penis. Instead, it goes backward into the bladder. It is not harmful, however. The semen exits the body when the man urinates.

How do dry orgasms affect fertility?

Men who regularly have dry orgasms have difficulty getting their partner pregnant through intercourse. But it still might be possible for them to father children. For example, men who have retrograde ejaculation may have sperm cells removed from their urine. Those cells can be used to fertilize egg cells. Eventually, an embryo can be transferred to a woman’s uterus.

Men who have dry orgasms should still use condoms if they want to reduce the risk of unplanned pregnancy or sexually-transmitted infections. Some men do ejaculate small amounts of semen, so safe sex is still important.

What can men do about dry orgasms?

If dry orgasms are a problem for you, be sure to see your doctor. If a medication is the cause, changing medications might be the solution. (Note: One should never adjust medication without the advice of a doctor.) If you and your partner wish to conceive a child, your doctor can refer you to a fertility specialist.

Print this article or view it as a PDF file here: Should Men Worry About Dry Orgasms?