Could Parkinson’s Medications be Linked to Premature Ejaculation? 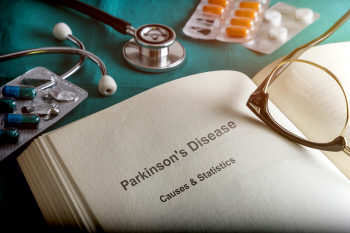 Men who take medications for Parkinson’s disease might develop premature ejaculation (PE), according to a June 2018 study.

PE occurs when a man climaxes before he wishes to. He may feel like he has no control over when he ejaculates. The situation can be frustrating for both members of a couple.

Parkinson’s disease is a neurological movement disorder that occurs when nerve cells do not produce adequate amounts of a neurotransmitter called dopamine. Symptoms include tremors, stiffness, and poor balance.

Sexual dysfunction is a common problem for men with Parkinson’s, affecting an estimated 41% to 52% of men.

For the study, researchers described the cases of eight men with Parkinson’s who sought help for PE from a sex therapy clinic. The men’s average age was 63 years.

The men were diagnosed with acquired premature ejaculation. This means that their symptoms occurred after a period of normal ejaculation. (Acquired PE is in contrast to lifelong PE, which starts happening with a man’s first sexual experience.)

All of the men were taking medications to treat Parkinson’s disease when their PE symptoms started “abruptly,” the authors said. The medications included levodopa, dopamine agonist, rasagiline, amantadine, and an anticholinergic drug.

This finding suggests that the medications and PE onset could be related. However, the men had had Parkinson’s for an average of four years before their PE symptoms started, so it’s possible that the progression of the disease lead to PE.

The authors recommended further research with a larger group of men so that clinicians can learn more about this possible relationship.

The study was published in the International Journal of Impotence Research.