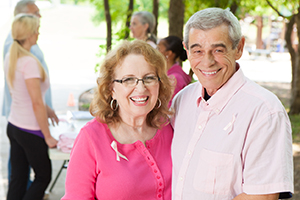 In terms of sexuality, older cancer survivors are not much different from their cancer-free counterparts. But they may be more likely to feel dissatisfied with their sex lives, according to the results of a 2016 study.

Published by the journal Cancer, the study investigated the sexual function of people age 50 or older living in the United Kingdom.

Cancer and its treatment can lead to a variety of sexual challenges, including erectile dysfunction (ED) in men and vaginal dryness in women. But aging can also have impact sexuality. The study authors wanted to know how the sexual function of older cancer survivors compared to that of older people in general. People tend to be older when they are diagnosed with cancer, and they may survive five to ten years, or even longer. Learning more about the sexual health of this age group can help doctors understand their patients’ needs.

Almost 6,700 people (2,982 men and 3,708 women) completed an assessment called the Sexual Relationships and Activities Questionnaire. They answered questions about their relationships and partners, sexual attitudes and concerns, and the types and frequency of their sexual activities (such as kissing, petting, and intercourse). They also revealed how sexually satisfied they had been during the previous three months.

When the researchers compared the sexual activities and function of the cancer survivors and the cancer-free group, they found many similarities. For example, roughly half the women in each group said they had intercourse frequently. Degrees of sexual problems were about the same as well.

Women who had been diagnosed within the previous five years were more likely to have problems with desire, arousal, and orgasms. But this result was not found among the men.

“On the whole, our results are generally encouraging,” the authors wrote. “A diagnosis of cancer does not seem to affect whether or not people have sex, how often they have sex, what they do when they have sex, and (in the case of men) their sexual function.”

But they called for more research on sexual dissatisfaction rates and poorer sexual function in women with recent cancer diagnoses.

“Sexuality after a cancer diagnosis: A population‐based study”