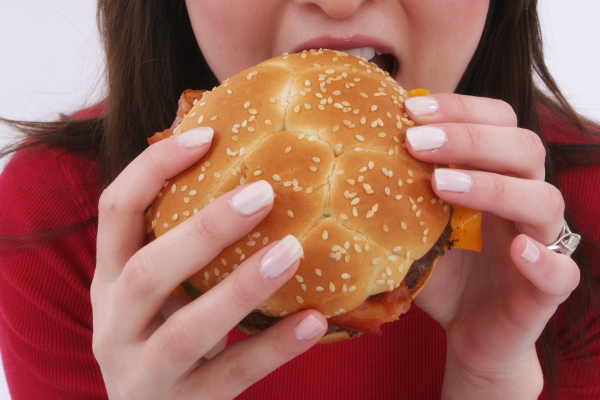 Poor body image esteem and binge-eating tendencies in women are linked to sexual distress and dysfunction, according to new research in the Journal of Sexual Medicine.

Body esteem and dissociation during sex are particularly linked, the researchers found.

It’s not uncommon for women with eating disorders to experience sexual problems, such as low desire, poor arousal, vaginismus, or trouble with orgasm.

In fact, some of the same factors that contribute to eating disorders also impact sexual function. One is body esteem. A woman may feel that she is not thin enough, undergo a strict diet, then eat excessively (binge eating). The guilt and shame she feels may prompt her to vomit or exercise vigorously.

Similarly, if she feels that she is not thin enough, she may worry that her partner will find her unattractive, leading to sexual anxiety. She may become so preoccupied with her body image that she cannot enjoy the encounter with her partner. In severe cases, she might dissociate, becoming so distracted and detached from the experience that sexual issues persist.

To learn more about these concepts and how they might work together, researchers created a two-hour experiment that measured levels of cortisol – a stress hormone involved with “fight or flight” response – in women watching a sexually arousing video.

Sixty women between the ages of 25 and 35 participated in the study. All the women were heterosexual and had a regular partner. They completed several questionnaires designed to evaluate dissociative tendencies, sexual distress, body esteem, and feelings about food and eating.

Twenty percent of the women were frequent binge eaters; another 35% said they binge ate sporadically. The rest were not binge eaters.

The women were asked to view a short video that began with neutral content but switched to sexual scenes that, in past studies, were deemed to stimulate female sexual arousal.

Using saliva samples, the scientists measured cortisol levels in each woman before the video, during the sexual portion of the video, and again about an hour after the video.

After analyzing the samples and reviewing the questionnaires, researchers found that women with poor body esteem who also showed a tendency toward binge eating were more likely to feel sexual distress. They also found a link between body esteem and dissociation during sex; women who dissociated and had poor body image had higher cortisol levels, indicating higher levels of stress.

“Body Esteem as a Common Factor of a Tendency Toward Binge Eating and Sexual Dissatisfaction Among Women: The Role of Dissociation and Stress Response During Sex”

“Cortisol: Why ‘The Stress Hormone’ Is Public Enemy No. 1”