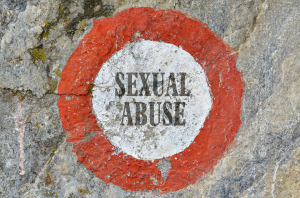 Women who have been sexually abused as children develop more sexual problems than their non-abused peers, according to a recent review of medical literature by American scientists.

In an effort to understand more about prevalence of sexual dysfunction in victims of childhood sexual abuse (CSA), the research team analyzed previous scientific reports on the topic. They published their findings in the journal Sexual Medicine Reviews in January.

Many women are victims of childhood sexual abuse, they added. In one study of women in 22 countries, 20% of the respondents had experienced it. Other studies of American women estimated that between 17% and 51% of women had CSA histories.

It’s difficult to know how many women with CSA histories have sexual problems. That’s because various studies used different definitions of both CSA and sexual dysfunction. They also involved different groups of women, such as women who were being treated for sexual problems or female college students. They estimated that in general, between 25% and 59% of women with CSA histories have some degree of sexual dysfunction.

The research team explained that issues with desire, arousal, orgasm, and pain are especially troublesome in women with childhood sexual abuse histories.

It’s not clear exactly why the problems occur, but the researchers suggested several pathways:

Women’s experiences with sex therapy might provide some keys to understanding sexual dysfunction in abused women. The reviewers noted that expressive writing during treatment could help women process their experiences, work through their feelings of anger or shame, and develop positive thoughts related to sex.

Mindfulness-based sex therapy, during which women learn to experience sex “in the moment” and focus their attention on intimacy, has also been effective for women with CSA histories, the researchers said.

Still, they added that more research is needed so that healthcare professionals can better understand the link between abuse and sexual dysfunction and tailor treatments for women who have been abused.

“The Impact of Childhood Sexual Abuse on Women's Sexual Health: A Comprehensive Review”