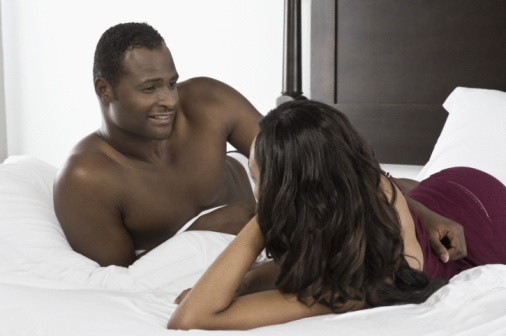 Women with PVD experience pain when an area of their genitals called the vestibule is touched. The vestibule is located just outside the vagina. The touch doesn’t have to be sexual. Women with PVD can feel pain inserting a tampon. Some women have more pain than others.

PVD creates intimacy problems for many couples. Researchers from the University of Montreal wanted to learn more about how couples’ expressed their emotions about PVD and what effect those expressions had on the sexual and psychological aspects of their relationships.

They recruited 254 couples who, on average, were in their early thirties. The women had either been officially diagnosed with PVD or had PVD-like symptoms. They had had pain during intercourse for at least six months and that pain occurred in at least 75% of their attempts at intercourse.

The couples completed a series of questionnaires designed to assess their pain, sexual satisfaction, sexual functioning, depressive symptoms, and their relationship.

In particular, the researchers considered a factor called “ambivalence over emotional expression” or AEE. AEE refers to how much comfort a person has with the way he or she expresses emotions. The study authors explain it this way:

Is the inexpressive person making an effort to actively inhibit the expression of his or her emotions? Does the expressive person often express emotions that he or she wanted to keep private in the first place? Generally, a person would be qualified as ambivalent over emotional expression when the way in which he or she expresses emotions (or does not) is personally problematic and carries with it negative personal consequences such as feeling inadequate or fearing to hurt someone else.

After analyzing the data, the researchers found that couples in which both partners had low AEE had better sexual satisfaction and function, were not as depressed, and had strong relationships.

Why was this so? The researchers suggested that these couples were more comfortable talking to each other about their sexual relationship, from the physical and emotional aspects to the actual activities that occurred in the bedroom. Communication may have helped them become less distracted by sexual problems as well.

The study was first published online in February in the Journal of Sexual Medicine.

“To Say or not to Say: Dyadic Ambivalence over Emotional Expression and Its Associations with Pain, Sexuality, and Distress in Couples Coping with Provoked Vestibulodynia”