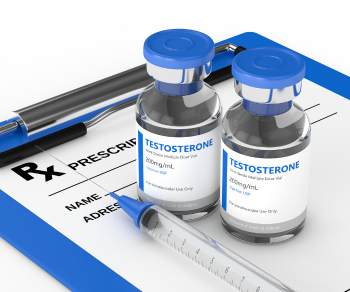 Ever since the U.S. Food and Drug Administration (FDA) expressed safety concerns about testosterone replacement therapy in 2015, the number of testosterone prescriptions has declined, according to recent research.

The drop has occurred even though the number of men seeking help for symptoms of low testosterone has remained steady over the same time period.

The findings were presented at the annual meeting of the American Urological Association, held in May 2018.

The medical term for low testosterone ishypogonadism,and doctors often prescribe testosterone replacement therapy to men whose bodies don’t make adequate amounts of this hormone on their own. Sometimes, this happens when the testes (the glands that produce testosterone) aren’t working properly. In other cases, there might be a problem with the part of the brain that triggers testosterone production.

Men’s testosterone levels also decline – gradually – as they get older. This is the natural course of aging, but some men start to feel tired, moody, and less interested in sex. Doctors might write prescriptions for these men, too.

In March 2015, the FDA announced changes in testosterone product labeling, specifying that the safety of testosterone in men with age-related hypogonadism was not completely clear, and that doctors should prescribe therapy only to men with certain medical conditions. The FDA was also concerned about an increased risk for heart attack and stroke in some patients, although this determination was controversial.

How much did prescriptions decline after the FDA advisory? Researchers looked at data from men between the ages of 45 and 84 who were prescribed transdermal (applied through a patch on the skin) or injectable forms of testosterone from March 2013 to August 2016. The men were patients at eight hospitals in the Boston area.

During that time, the number of men seeking help for low testosterone didn’t change significantly. The number of clinical encounters (times that men saw their doctor for a testosterone-related concern) averaged between 300 and 500 per month between March 2015 and December 2016.

In other words, even though the number of men seeing a doctor for symptoms of low testosterone stayed within the same range, fewer prescriptions were written.

In 2018, the American Urological Association issued new guidelines on the evaluation and management of testosterone deficiency, stating “at this time, it cannot be stated definitively whether testosterone therapy increases or decreases the risk of cardiovascular events (e.g., myocardial infarction, stroke, cardiovascular-related death, all-cause mortality).”

Some clinicians question whether doctors should be nervous about prescribing testosterone when cardiovascular risk is not clear.

Dr. Valary Raup, the study’s lead author told the Urology Times that if cardiovascular risk is not significant and doctors are reluctant to prescribe testosterone, “then you’re missing an opportunity to help a lot of people.”

“Evaluation and Management of Testosterone Deficiency”