For Couples Coping with Provoked Vestibulodynia, Sexual Goals are Important 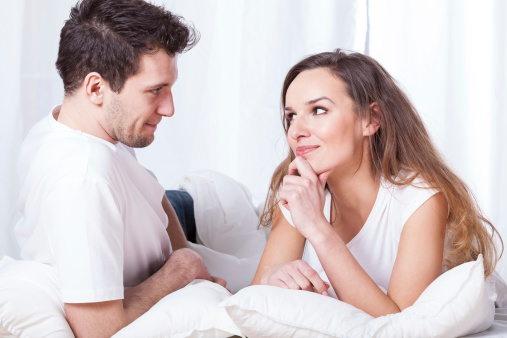 The pain of provoked vestibulodynia (PVD) makes sex difficult for many couples. But focusing on the type of sexual goals they share could improve satisfaction for both partners.

PVD refers to pain in a woman’s vulvar vestibule, the area around the opening of the vagina. The vestibule includes the urethra, from which urine flows. Several glands, such as those involved with vaginal lubrication and discharge, are also found in the vestibule.

Women with PVD feel a burning or stinging sensation whenever the area is touched. Sexual activity, gynecological exams, and even inserting a tampon or wearing close-fitting clothes can be uncomfortable.

Some women experience more pain than others, but for many, intercourse can be a problem. It’s common for women and their partners to feel anxious about sex and sad about a loss of intimacy. Couples may stop having sex because of PVD.

The cause of PVD isn’t clear, although oversensitive nerve fibers might be involved. Treatments, such as sex therapy, numbing agents, and pelvic floor physical therapy may help.

The interaction of couples has also been investigated. In a recent Journal of Sexual Medicine study, Canadian researchers analyzed the role of sexual goals for couples facing PVD.

Approach goals are geared toward positive outcomes. For example, couples may focus on the intimacy they share during sex, bonding in their relationship, and the pleasure they bring each other.

Avoidance goals focus on preventing a negative outcome. A woman with PVD may have sex to avoid having an argument about it later. Or, she may continue having intercourse so that her partner won’t leave the relationship.

One hundred seven couples coping with PVD participated in the study. All of the women were premenopausal, with an average age of 28 years. Their partners’ mean age was 30 years.

Each couple filled out questionnaires about their sexual goals, sexual and relationship satisfaction, and depression. The women gave information about how their PVD pain and sexual function.

After analyzing the data, the researchers found that when women focused on approach goals, they were more likely to feel satisfied with sex and their relationships.

But those with avoidance goals had less sexual and relationship satisfaction. They also felt more depressed and had more problems with sexual function.

Goals didn’t seem to affect how much pain the women felt, however,

The researchers suggested that couples with approach goals felt more intimacy. They could work out ways to still enjoy sex despite pain. In addition, they might change their sexual routine to include pleasurable activities that didn’t spark pain, like kissing and caressing.

In contrast, a woman with avoidance goals might feel anxious about avoiding whatever negative outcome she perceives. With this type of goal at the forefront of her mind during sex, focusing on mutual pleasure becomes more difficult. Her body might respond by tensing up. And she might not become as aroused as she’d like.