For Women, Placebo Effect Might Explain Improvement in Sexual Function 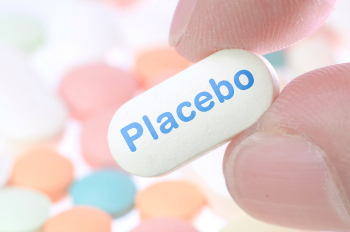 Treatments for female sexual dysfunction are “minimally superior to placebo,” according to new research in the journal Obstetrics and Gynecology.

Flibanserin, ospemifene, and intravaginal prasterone were some of the treatments used.

The analysis was sparked by previous research showing a “marked” placebo effect in clinical trials of treatments for women’s sexual dysfunction.

What is a placebo effect?

When researchers test new medications or therapies, a placebo group is a key component of the study. Some of the study participants take the drug or undergo the therapy. But the rest take a placebo, such as sugar pill, instead of the tested treatment. Participants don’t know whether they are in the treatment group or the placebo group. In this way, researchers can get a better idea of whether outcomes (such as side effects or improvement of symptoms) are likely to be from the drug or from other factors.

The force behind placebo effect is difficult to explain, but some experts think a patient’s expectations are involved. Laura, knowing that she is participating a study of pain medication, might see improvements because she expects to.

Overall, 2,236 study participants received treatment for a sexual problem, and 1,723 received a placebo. In all the studies, the women completed the Female Sexual Function Index (FSFI), a questionnaire designed to assess female sexual dysfunction. Higher scores on the FSFI correspond with better sexual functioning.

The women who received treatment saw their scores increase 5.35 points, which showed improvement. But the women in the placebo groups also had some improvement, with a score increase of 3.62 points.

After examining the data further, the study authors determined that for about two-thirds of the women, results might be explained by a placebo effect.

“Female Sexual Dysfunction and the Placebo Effect: A Meta-analysis”

“What is the Placebo Effect?”