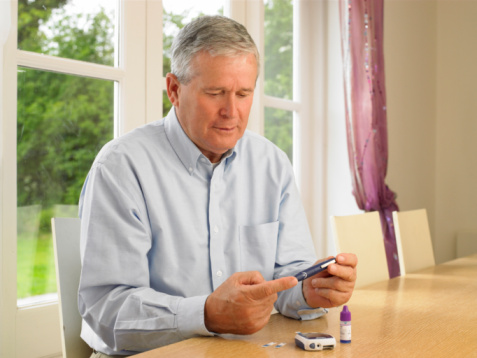 Men who have insulin resistance are at higher risk for erectile dysfunction (ED) and severe lower urinary tract symptoms (LUTS), according to Italian researchers.

Secreted by the pancreas, insulin is a hormone that helps the body absorb glucose (blood sugar) so that it can be used for energy.

Sometimes, glucose is not absorbed as well and the body needs to make more insulin to help. If the body requires more insulin than it can produce, this is called insulin resistance. In that case, a person has too much glucose in the blood and might eventually develop diabetes or other health conditions, such as metabolic syndrome.

Metabolic syndrome is a group of disorders that can include high blood sugar, high blood pressure, problems with cholesterol, high triglycerides, and a large waist size.

This study involved 544 men with LUTS related to an enlarged prostate. LUTS is an umbrella term for a variety of symptoms, which include difficulty urinating, needing to urinate frequently (especially during the night), and feeling like the bladder isn’t completely empty.

The men’s average age was 67 years. All of the participants had a physical exam and provided blood samples. LUTS and erectile function were assessed using standardized questionnaires.

Almost half of the men had metabolic syndrome and 19% had insulin resistance.

The researchers found that the men with insulin resistance tended to have more severe LUTS and higher prostate volumes. They were also more likely to have problems with erections and sexual function.

“We strongly suggest to prevent LUTS and ED by reducing [insulin resistance],” the authors wrote.

Maintaining a healthy weight and staying physically active can be effective ways to do this, according to the National Diabetes Information Clearinghouse (NDIC). Eating a healthy diet is also important.

The Italian study was first published online in May in The Journal of Sexual Medicine.

“Insulin Resistance Is an Independent Predictor of Severe Lower Urinary Tract Symptoms and of Erectile Dysfunction: Results from a Cross-Sectional Study”