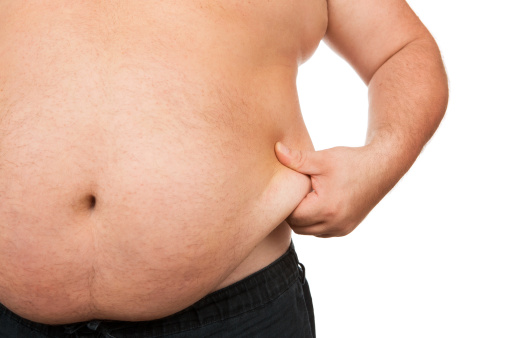 Scientists from the University of Toronto have found a link between obesity and a higher risk of prostate cancer progression in men on “active surveillance.”

Prostate cancer tends to grow slowly. As a result, some men might not need treatment or may not need treatment right away. These patients often undergo active surveillance. Treatment does not begin after diagnosis. Instead, doctors watch closely to see if the cancer is progressing. Men have PSA blood tests, digital rectal exams, and ultrasounds more often. They might have biopsies more often, too. If there are any changes in their status, treatment options are discussed.

Every three months (six months for stable patients), the doctors conducted digital rectal exams and PSA tests to see if the men’s cancer was progressing. About a year after the study began, each participant had a confirmatory biopsy. Further biopsies were performed if there was a medical need. The men were followed for a median time period of 48 months.

About 30% percent of the men had a pathologic progression. This means that after a follow-up biopsy, they no longer met the criteria for low-risk cancer.

The number of men who had a therapeutic progression was also around 30%. For them, the cancer had progressed enough to consider treatment.

After analyzing all the data, the researchers found that beyond the confirmatory biopsy, obesity was linked to higher rates of both pathological and therapeutic progression. The higher the men’s BMI, the higher the risk for disease progression.

Still, it is unclear whether changing diet or getting more exercise would slow the progression for these men.

“Further studies are warranted to evaluate whether this increased risk can be modulated by weight loss through exercise, dietary intervention, or pharmacology,” the authors wrote.

The research was presented at the Canadian Urological Society’s annual meeting in June 2014. The study was published last month in the journal European Urology.

Print this article or view it as a PDF file here: Obesity Linked to Higher Risk of Prostate Cancer Progression in Men Undergoing Active Surveillance