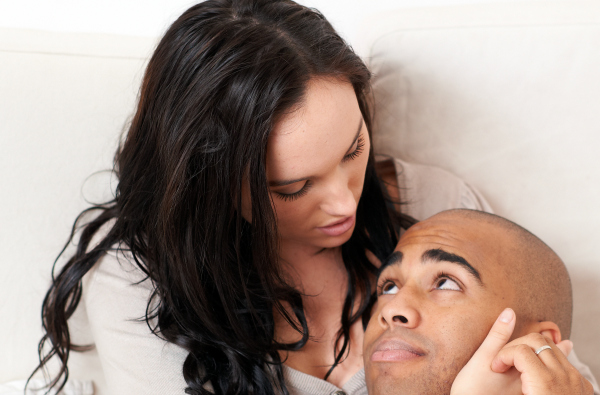 Why might people lose interest in sex? Recently, scientists provided their insights in the journal BMJ Open, and their findings differed somewhat for British men and women.

Low sexual interest is fairly common. However, past studies on the subject have focused more on women than on men. This study included both women and men who were participants in the United Kingdom’s third National Survey of Sexual Attitudes and Lifestyles. The scientists wanted to learn more about the prevalence of low sexual interest and any contributing factors.

They collected data from 6,669 women and 4,839 men between the ages of 16 and 74 who were interviewed between 2010 and 2012. Each participant had had at least one sexual partner (opposite-sex or same-sex) during the previous year.

Fifteen percent of the men and 34% of the women said they had lacked sexual interest for at least three months in the past year. Of these, over half of the men the about two-thirds of the women were distressed about their situation. Low sexual interest became more frequent as people got older, although menopause did not appear to play a role for the women.

Participants with physical or mental health problems, such as depression, also reported lower sexual interest, as did those who had been diagnosed with a sexually-transmitted infection (STI) or been forced to have sex against their will.

Relationship factors had an effect, especially for the women. People tended to have lower interest if they had trouble talking about sex with their partner, didn’t share their sexual likes and dislikes, or were unhappy with their relationship. A partner’s sexual difficulties and any mismatch in sexual desire were other factors.

Women who had been pregnant during the past year and those with young children were more likely to report low interest. The researchers noted that fatigue and stress associated with childcare might affect the women’s interest in sex. However, these particular findings did not apply to men.

Also for the women, early sexual experiences had some influence, especially if they had felt pressured by a partner and regretted their decision to have sex.

"These findings suggest that for women early sexual experiences may shape future sexual encounters/relationships to a greater extent than for men,” the study authors explained.

They added that healthcare providers might consider relationship and contextual factors when treating patients with low interest.

They also encouraged the inclusion of relationship education to overall sex education “rather than limiting attention only to adverse consequences of sex and how to prevent them.” Doing so, they noted, could help people whose sexual health might be affected by early sexual experiences.

“What factors are associated with reporting lacking interest in sex and how do these vary by gender? Findings from the third British national survey of sexual attitudes and lifestyles”