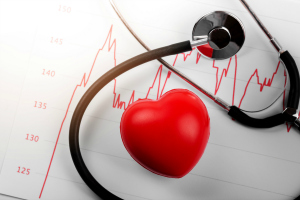 New research suggests that men on testosterone replacement therapy (TRT) are not at higher risk for cardiovascular events or blood clots but might be more likely to have obstructive sleep apnea.

Testosterone is important for men, as it is responsible for masculine features, such as facial hair and muscle mass. The hormone also drives a man’s libido.

However, sometimes men’s bodies don’t make enough testosterone. This can happen if there is a problem with the testes (the glands that make the hormone) or the pituitary gland (the area of the brain that spurs production.)

Men’s testosterone levels gradually drop as they get older, too. As a result, they might become less interested in sex, have trouble with erections, feel moody and tired, and gain weight.

Doctors might prescribe TRT in these situations, but the approach has been controversial, especially for aging men. Past studies have suggested risks to heart health; others have found no risks whatsoever. For the most part, these studies focused on older men.

The current study, published in February 2018 in BJU International, looked at the effects of testosterone therapy in a group of younger, healthier men. In particular, the authors considered the risks of blood clots, cardiovascular events (such as stroke or heart attack), and obstructive sleep apnea (OSA).

Working with a database of military servicemen between the ages of 40 and 60 in the United States, the researchers identified 3,422 men who received TRT between 2006 and 2010. For comparison, they identified 3,422 additional men who did not take testosterone, but who matched the original group in age, race, military rank, marital status, health status, and residential region.

When the researchers compared the two groups, they discovered that the men on TRT went longer without any cardiovascular events and had lower risk for coronary artery disease. Risks of stroke, congestive heart failure, and blood clots were similar between the two groups.

While associations between TRT and OSA have been found in smaller studies, this was the first time a large, national study had this result. The researchers didn’t know exactly why, but it’s possible that androgens like testosterone may affect airways and oxygen consumption.

They acknowledged several limitations in the study. For example, they did not know the causes of the men’s low testosterone, nor did they have measurements of the men’s testosterone levels or doses over time. Also, results from this military population might not be applicable to civilian men.

The authors recommended that doctors discuss the possibility of OSA with men who are considering testosterone replacement therapy.