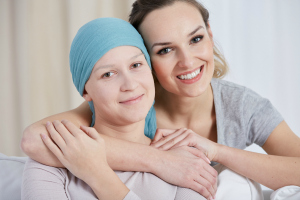 Cancer and its treatment can lead to a number of sexual problems for patients and survivors, including painful intercourse, erectile dysfunction (ED), and trouble with orgasm. Now, new research suggests that over half of younger survivors experience such problems, some for at least two years.

Researchers asked a group of young adult cancer patients between the ages of 18 and 39 to complete a questionnaire on medical outcomes and sexual functioning. One hundred twenty-three people filled out the questionnaire within four months of their cancer diagnosis. One hundred seven repeated the process six months later, and 95 did so a third time at a 24-month follow up point.

Each time the researchers tallied the results, they found that over half of the respondents reported sexual problems and that the probability of dysfunction and psychological distress increased over time. Two years after diagnosis, about 53% still had some degree of sexual dysfunction.

At the start of the study, almost 58% of the participants had romantic partners, but two years later, the figure dropped to 43%.

Women were among the participants most likely to experience sexual issues. Other high-risk groups were older patients, those who were married or in a committed relationship, those who had undergone chemotherapy, those with psychological distress, and those with less social support.

Being in a relationship was linked to worse sexual function for women, but relationship status was not a contributing factor for men.

“We concluded that sexual functioning is experienced differently among males and females. For a young woman, especially, a cancer diagnosis can disrupt her body image, the intimacy with the partner and the ability to engage in sex,” lead author Chiara Acquati told the University of Houston, where she is a professor at the Graduate College of Social Work.

She added: “Results from this study emphasize the need to monitor sexual functioning over time and to train health care providers serving young adults with cancer in sexual health. Furthermore, patients should be connected to psychosocial interventions to alleviate the multiple life disruptions caused by the illness and its treatment.”

The study was published in November 2017 in Cancer, the journal of the American Cancer Society.

For more information on cancer’s effects on sexual function, please see these links:

The Effects of Cancer on Women’s Sexuality

“After the Diagnosis: How Cancer Affects Sexual Functioning”