Sildenafil Citrate May Help Men Who Have Radiotherapy for Prostate Cancer 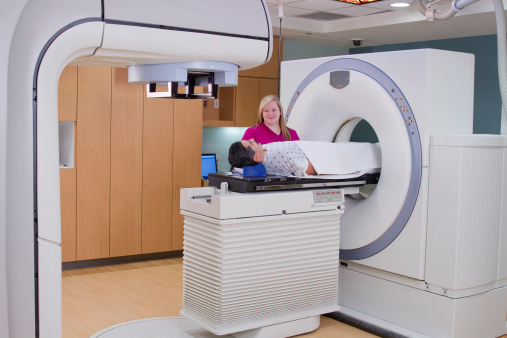 Men who have undergone radiotherapy for prostate cancer may benefit from taking a drug called sildenafil citrate, American researchers say.

The drug could improve their ability to have erections after treatment.

Radiotherapy, also called radiation therapy, uses high-energy X-rays to destroy cancer cells. Patients may receive radiation from a machine outside the body. Or, they might have radiation sources, such as small pellets, implanted in the tumor or in an area close to it.

Unfortunately, radiotherapy, like other treatments for prostate cancer, often leads to erectile dysfunction (ED) – the inability to get an erection firm enough for sex. Radiation can damage blood vessels that allow blood to flow into the penis. If this blood flow is insufficient, a man will not be able to get a good erection.

The researchers wondered whether sildenafil citrate could help. Sildenafil citrate is classified as a phosphodiesterase type 5 (PDE5) inhibitor and is prescribed to treat erectile dysfunction.

Two hundred seventy-nine men were enrolled in the study. All of the men had localized prostate cancer, which means the cancer cells were only found in the prostate gland. About two-thirds of the men were age 65 or older.

The men were randomly assigned to take either 50 mg of sildenafil citrate each day or a placebo. This regimen began three days before they started radiotherapy and continued for the next six months.

At various points over the next two years, the men completed questionnaires designed to assess their sexual function, urinary symptoms, and quality of life. One questionnaire, the International Index of Erectile Function-6 (IIEF-6) evaluated their ability to have erections and orgasms as well as their degrees of sexual desire, intercourse satisfaction, and overall sexual satisfaction.

After twenty-four months, the men who took sildenafil citrate were still doing well, but not significantly better than the men in the placebo group. The gap in scores between the groups had narrowed.

Still, 82% of the men in the sildenafil nitrate group could get functional erections with or without the help of ED drugs. For the men in the placebo group, this rate was 56%.

The study was published online in March by The Journal of Urology as an accepted manuscript.

Print this article or view it as a PDF file here: Sildenafil Citrate May Help Men Who Have Radiotherapy for Prostate Cancer