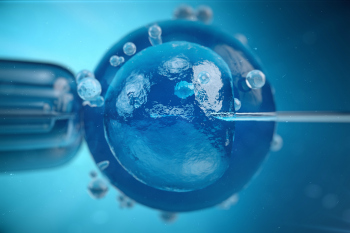 Can stem cells help men with erectile dysfunction (ED) or Peyronie’s disease? Scientists have been investigating the use of one particular type of stem cell, but the data for these purposes are “deficient” according to a new study in Sexual Medicine Reviews.

The authors analyzed several medical studies on the subject.

There are over 200 types of cells in the human body. What distinguishes stem cells is their ability to develop into other types of cells. One common example of stem cell therapy is bone marrow transplantation, but scientists are looking for ways that stems cells might treat illnesses like diabetes and heart disease.

In time, ED and Peyronie’s disease might also be treated with stem cells. In the study, researchers focused on stromal vascular faction (SVF), described as “the heterogenous mixture” that forms adipose-derived stem cells. (Adipose is another term for fat. These stem cells come from fat tissue.)

Still, there is more work to be done. The study authors explained that research on SVF for the treatment of men’s sexual problems is “limited” and that “a substantial number” of studies will need to be completed before clinical trials or practice on humans can be considered.

They suggested several areas for future researchers to consider:

“The Use of Stromal Vascular Fraction in the Treatment of Male Sexual Dysfunction: A Review of Preclinical and Clinical Studies”