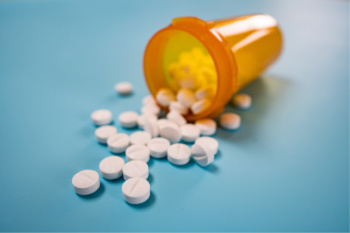 People with a certain form of depression might benefit from a drug called lurasidone, which has fewer sexual side effects than other depression medications, according to a recent clinical trial.

Depression is linked several sexual difficulties, including low desire, poor arousal, and trouble reaching orgasm. Experts estimate that up to 85% of people with untreated depression experience some degree of sexual dysfunction.

Unfortunately, medications used to treat depression, such as selective serotonin reuptake inhibitors (SSRIs), have sexual side effects that can make things worse. Many people stop taking their medicine because of these side effects.

The drug lurasidone is classified as an atypical antipsychotic drug. It is used to treat mental health conditions like schizophrenia, bipolar disorder, and depression.

The clinical trial focused on a group of 209 people who had major depressive disorder, which can be severe. In addition to depression, the participants had subthreshold hypomanic symptoms. (Sometimes, doctors refer to these symptoms as “mixed features.”) This means that they had symptoms of mania, such as distractedness, little need for sleep, or being more talkative. However, these manic symptoms were not severe enough to interfere with the participants’ everyday lives.

For the trial, 109 people took 20 to 60 mg of lurasidone every day. The remaining 100 people took a placebo containing no medication. At the start of the study, the participants completed questionnaires to assess their depression symptoms and sexual function. Six weeks later, they filled out the questionnaires again, so the researchers could follow their progress.

None of the patients taking lurasidone reported any treatment-emergent adverse events that affected sexuality. In other words, none of them had sexual problems related to the medication.

The authors recommended further research to see whether trials of lurasidone in people with other types of mental health disorders might have similar results.

The findings were published in the September/October 2018 edition of the Journal of Clinical Psychiatry.

The Journal of Clinical Psychiatry

“Lurasidone Effective for Treatment of Depression, Not Associated With Sexual Dysfunction”