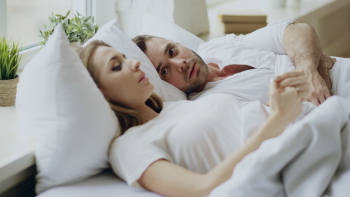 Testosterone is an important hormone for men. It’s a critical force behind libido and the development of male characteristics, like a lower voice and facial hair.

As men get older, their testosterone levels gradually decrease. When this happens, some men start to feel weak, tired, and moody. They might lose interest in sex, too.

Low testosterone may also occur when a man’s body cannot produce enough of the hormone on its own. For example, if the testes or pituitary gland do not work properly, there will be insufficient testosterone.

Since testosterone is behind many aspects of masculinity, a group of American researchers wondered whether replacement therapy could help men with ejaculatory disorders. Such problems can include delayed ejaculation and anejaculation (inability to ejaculate). They also include situations in which a man ejaculates less semen than usual or with reduced force.

The scientists collected information from 66 men with low testosterone levels and at least one of the ejaculatory disorders mentioned above. (Men with premature ejaculation were not included in this study.)

For 16 weeks, about half of the men underwent testosterone replacement therapy, which was adjusted as needed to keep their levels in the normal range. The rest of the men received a placebo treatment (no testosterone). During the study period, men filled out questionnaires and submitted logs on their sexual activity.

While the men on testosterone did see some improvement in their ejaculatory problems, it wasn’t enough to conclude that the therapy was more helpful than the placebo. In other words, the researchers saw little difference in improvements between the two groups.

In their report, the scientists explained that ejaculation is a complex process. Men with normal testosterone levels can still have ejaculatory problems. Some cases have psychological roots, which might make sex therapy a more appropriate treatment.

They also noted that the study period was short. It’s possible that men would need more time on testosterone for their ejaculatory problems to resolve. Or, they might need higher doses of testosterone than the amounts provided in this study. Future research might address these angles.

The study was first published online last month in The Journal of Clinical Endocrinology and Metabolism.

The Journal of Clinical Endocrinology and Metabolism