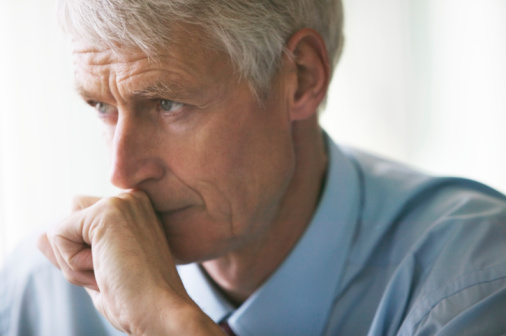 Testosterone therapy could have sexual benefits for older men, according to research published last month in The New England Journal of Medicine.

It’s natural for men’s testosterone levels to decline as they get older. As a result, men may feel fatigued, moody, and weak. Their sexual function can suffer, too. Many lose their sex drive and have problems with erections.

But last year, the U.S. Food and Drug Administration (FDA) became concerned. The agency had approved testosterone therapy only for men with hypogonadism, a condition in which a man’s body cannot produce enough testosterone on its own. The FDA had not approved the therapy for men whose levels were lower due to aging alone. Some experts were worried that testosterone was being overprescribed and called for more research.

The current study involved 790 men over the age of 65. Their testosterone levels were below 275 ng/dL and had declined naturally. (The normal range usually begins at 300 ng/dL.)

The men were randomly divided into two groups. One group underwent testosterone therapy using a gel that they applied to the body daily. The dose brought their testosterone levels within the typical range of 19- to 40-year-old men.

The second group received a placebo gel, which contained no testosterone. The men did not know which group they were assigned to.

From there, the men participated in at least one of three trials. One trial assessed sexual function, the second evaluated physical function, and the third focused on vitality.

The researchers checked the men’s progress periodically over the next year.

They found that the men who took testosterone tended to have more interest in sex and better erections than the men who received the placebo gel. They also reported more sexual activity.

In addition, men on testosterone had better scores overall on a test of 6-minute walking distance, along with improvements in mood and energy.

The findings should help doctors decide whether testosterone replacement therapy is appropriate for their older patients. However, the authors explained that the trial was not large enough to consider potential risks of this treatment. Further research is needed in that regard.

Print this article or view it as a PDF file here: Testosterone Therapy Might Improve Sex Lives of Older Men

The New England Journal of Medicine