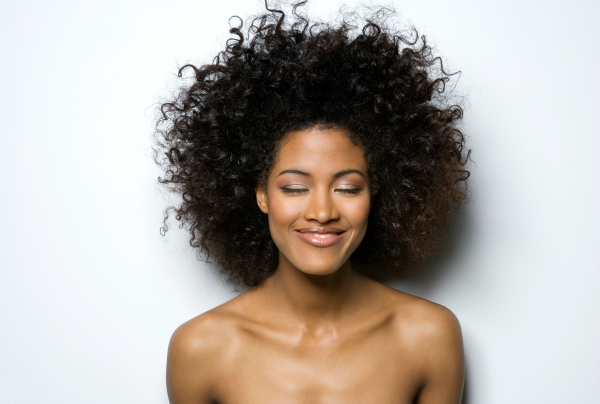 Back in December, we started covering an interesting Finnish study about women’s orgasms. A team of researchers compiled the results of five different sex surveys taken over four decades starting in the early 1970s. Over 10,000 men and women participated, and the researchers focused on women’s orgasms. They published their findings in October 2016 in the journal Socioaffective Neuroscience and Psychology.

In our previous blog post, we shared some of the results: women’s first orgasms, how they felt about having orgasms, and what it took to get them there. We’re going to continue the discussion today, highlighting the role of partners, communication, and sexual self-esteem. We’ll also look at some of the factors that inhibit orgasm and talk about the frequency of multiple orgasms.

(Note: Not all of the surveys asked the same questions. In some cases, results pertain to just one survey.)

Many women reach orgasms when their partner performs oral sex or manual stimulation (touching the genitals). While not all women climax this way, the researchers found that women who receive these types of sexual stimulation reach orgasm more often. This doesn’t mean that vaginal orgasms through intercourse are less important or pleasurable. It’s more of a reminder that there are many pathways to orgasm.

Oral sex was particularly helpful for women with low sexual desire, as well as women who had trouble talking about sex with their partner, the authors explained. However, many women were reluctant to ask their partner for oral sex.

Good communication between partners was just as important for women’s orgasms as sexual technique, the surveys revealed. While skillful partners were helpful, discussing and finding ways to bring mutual pleasure was also important.

Women with high sexual self-esteem, who felt confident about their abilities in the bedroom, tended to have orgasms more frequently. In fact, one survey found that only 10% of women who did not think they were good in bed had an orgasm at their last intercourse. That said, there were times when good communication with a partner compensated for low sexual self-esteem, which helped with orgasms.

Accepting oneself and one’s body, as well as being able to focus solely on the sexual activities, without distractions, also increased the chances of orgasm.

Factors That Could Inhibit Orgasm

What makes women less likely to reach orgasm? Stress, fatigue, and trouble concentrating were among the most commonly cited reasons. Partners who were less skillful, and those who went “too fast” could also interfere.

Other factors included the following:

Multiple orgasms are more common for women than for men. In one survey, 12% of the women said they had had two or more orgasms the last time they had intercourse. In another, women who had multiple orgasms said they frequently used sex toys and that their sexual activities lasted over an hour.

The researchers noticed that women younger than 35 reported more trouble reaching orgasm over time, especially since the 2000s. This finding was interesting, since the internet and other media offer women lots of information on orgasms and enjoyable sex. However, stress, busy lives, and less privacy might be involved, they said.

Over these two blog posts, we have seen that numerous factors influence women’s orgasms - internal and external, physical and emotional. Still, a woman’s climax is highly personal and what works for one woman won’t necessarily work for another. And some factors, such as resolving painful intercourse, improving communication between partners, and accepting one’s body, may need additional assistance from a doctor or sex therapist.

If you or your partner have concerns about orgasms, we encourage you see the following links and, if appropriate, talk to your healthcare provider.

Orgasm Problems: What Can Women Do?

What Happens During Orgasm?

Anatomy Could be a Key to Orgasm

After Orgasm: A Range of Reactions