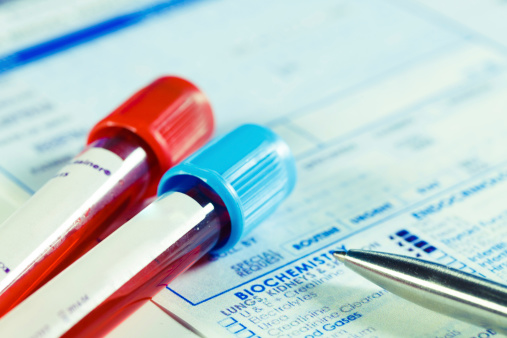 Low testosterone (sometimes called “low T”) has gotten more coverage – both in the general media and in medical journals – over the past few years. However, scientists weren’t sure just how many men were having their levels checked.

Produced by the testes, testosterone is a hormone responsible for male characteristics like facial hair and increased muscle mass. It also drives a man’s libido.

Some men have low levels of testosterone because their testes can’t produce enough of it. This may happen because of problems in the testes themselves. It can also occur when signals from the brain that trigger hormone production don’t reach the testes. This condition is called hypogonadism.

But men’s testosterone levels also decline as they get older. This is normal, but it can have bothersome symptoms, like fatigue, weakness, and lower sex drive.

In both cases, treatment with testosterone replacement therapy may help, along with making lifestyle changes like losing weight and quitting smoking.

In this study, researchers from the University of Chicago Medical Center and NorthShore University Health Systems looked at the electronic health records of over 300,000 men between the ages of 18 and 85. Their average age was about 55 years and the records were recorded from 2009 to 2012.

Medical societies differ in their cutoff point to diagnose low testosterone. For this study, the researchers used a measurement of 300 ng/dL

Overall, 3.2% of the men had their testosterone levels checked during this time period. However, the rate of testing increased over the four years, however from 2.5% at the start of the study to 3.6% by the end.

Men were more likely to be tested if they had other conditions related to low testosterone, such as low libido, diabetes, erectile dysfunction, infertility, osteoporosis, depression, prostate cancer, high blood pressure, chronic obstructive pulmonary disease (COPD), or an enlarged prostate.

The researchers also looked at the time of day the men were tested. Men’s testosterone levels fluctuate during the day and usually peak in the morning. Typically, testing guidelines provided by professional societies recommend early morning testing for consistency. But in the group of tested men, only about 9% were tested between 7 a.m. and 12 noon.

This low rate might be explained by clinician preference and scheduling conflicts. Also, levels tend to fluctuate less in older men, so it’s possible that their doctors didn’t feel it was necessary to test in the early morning.

However, the researchers found that men who were tested later in the day were more likely to have lower levels than those tested in the morning. “It is our belief that early morning testing should still be considered” when testing men with symptoms of low testosterone, they wrote.

The researchers were also concerned about the low rate of men being tested overall. They noted that testosterone replacement therapy can benefit some men, but only 5 – 35% of men eligible for this treatment actually receive it.

“Further education of practitioners is required to appropriately test patients for hypogonadism,” they wrote.

The study was first published online in November in the Journal of Sexual Medicine.

Print this article or view it as a PDF file here: Insights on Testosterone Testing

“Are We Testing Appropriately for Low Testosterone?: Characterization of Tested Men and Compliance with Current Guidelines”