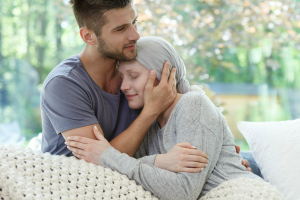 For breast cancer survivors, sexual problems related to treatment may last for several years, according to a recent study in BMC Cancer.

Issues like low desire, poor body image, painful and less frequent intercourse, and difficulty with arousal and orgasms are common in women who have had breast cancer. Many women also experience depression and relationship conflict, which can contribute to sexual dysfunction and poor quality of life overall.

To learn more, a team of researchers from Austria asked 105 breast cancer survivors to complete a series of questionnaires that assessed their sexual health, feelings about body image, anxiety, depression, and menopausal status. For comparison, a group of 97 women without a history of breast cancer also completed the questionnaires. In both groups, the women’s average age was 49 years.

For the breast cancer group, an average of three years had elapsed since their cancer diagnosis. Half of the women had had chemotherapy; about three-quarters had undergone radiotherapy. Two-thirds had had breast conserving surgery, and the remainder had undergone mastectomy.

Overall, the breast cancer survivors had poorer sexual health. Twenty-eight percent said they were not sexually active, compared to 20% of the women with no history of breast cancer. The primary reason for sexual inactivity was lack of a partner, followed by lack of interest in sex. Women in the breast cancer group were more likely to report discomfort during intercourse.

Low sexual interest was an issue for both groups, although it was more common among the breast cancer survivors. In fact, about 69% of the survivors and 59% of the women with no history of breast cancer met the criteria for hypoactive sexual desire disorder (HSDD) – low libido accompanied by distress.

“Our results demonstrate that [sexual health] problems persist into [breast cancer] survivorship and differ significantly from the general population,” the authors wrote.

They added that healthcare providers should address sexual health concerns when treating and counseling cancer survivors.

To learn more about sexual issues and breast cancer, please see these links:

The Effects of Cancer on Women’s Sexuality

Cancer and Sex for Single Women

BMC Cancer via the U.S. National Library of Medicine