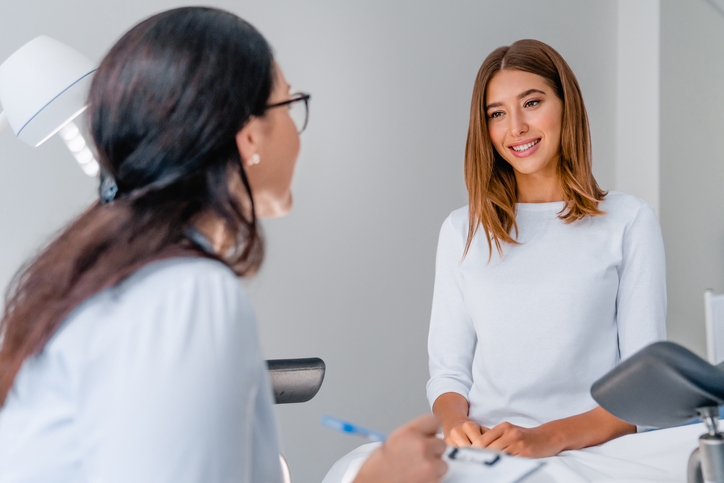 Low-intensity shockwave therapy (LISWT) may provide a pain-free and effective treatment option for women who suffer from provoked vestibulodynia (PVD), according to a prospective study of 32 women at the Neuro-urology Unit in Rambam Medical Center from January 2018-January 2020.

Provoked vestibulodynia is the most common form of vulvodynia, which is chronic vulvar pain that lasts at least three months but has no identifiable cause. Women with PVD feel pain whenever the vestibule (the area of tissue just before the entrance to the vagina) is touched, however minimal the contact may be. This means that they experience pain while having sex, doing a routine pelvic exam, or even inserting a tampon.

Rachel Rubin, MD, a urologic surgeon who specializes in the treatment of sexual dysfunction in both men and women, explained, “Provoked vestibulodynia is a challenging condition to treat, which often requires a multidisciplinary approach to care.” Currently, provoked vestibulodynia is treated with analgesics (painkilling drugs), local estrogen, antidepressants, physical therapy, cognitive behavioral therapy, acupuncture, and in some cases, surgery.

Given the promising results of the experimental use of low-intensity shockwave therapy in treating erectile dysfunction over the past decade, researchers set out to explore the efficacy of LISWT in treating PVD. To do so, they created a study that compared two groups of women with PVD, 23 of whom received LISWT and nine of whom were in a control “sham” group.

For the study, the women in the randomly assigned LISWT group received a series of two treatments per week for six weeks, for a total of 12 treatments. The women in the control group went through the same protocol but received a sham treatment, meaning the shockwave generator was not activated during their sessions.

The results of the study were assessed through validated measurement tools including a 10-point visual analog scale (VAS) to measure dyspareunia (pain during intercourse), the Wong-Baker pain FACES scale, the Female Sexual Function Index (FSFI), the Patients’ Global Impression of Change (PGIC) scale, and an algometer test in which a small cylindrical balloon was inserted into the vestibule and gradually inflated until the participant reported the first painful sensation. Participants were assessed at three points throughout the process: at the beginning of the study before receiving treatment, and at one month and three months after completing all treatments.

Dr. Rubin recognized the careful design as a strength of the study. “Not only is this a very nice, lovely designed randomized controlled trial,” she said, “but it also used both patient-centered and objective measures to show efficacy and improvement in the patients’ pain.”

Overall, the women in the LISWT group had progressively lower VAS scores for dyspareunia from the beginning of the study to the one- and three-month check-ins, meaning that their level of pain during intercourse decreased. The VAS scores of the women in the control group did not change over time.

Members of the LISWT group also saw a decrease in overall pain as measured by the Wong-Baker pain FACES scale, an increase in sexual function according to the FSFI, and higher PGIC scores for positive change than the women in the sham group. The women in the control group did not see changes in their Wong-Baker or FSFI scores, logically leading to them perceiving less positive change as indicated by their PGIC scores.

During the algometer test, women from the LISWT group showed higher pain thresholds and tolerances to the gradually inflated balloons in their vestibules both one month and three months after treatment. The pain threshold and tolerance levels of the control group women remained the same.

While the results of this pioneer study are encouraging, Dr. Rubin and the authors are cognizant that it is just the beginning. “At this point, [this study] gets us more interested in gathering more data and seeing more research on the effects of shockwave therapy in the treatment of chronic pelvic pain, both in men and women,” said Dr. Rubin. “There have now been several studies on the male side and this adds to some data for the female side, which is exciting, but we certainly need to look at these therapies as still experimental therapies for use in these conditions.”

She also acknowledged that while the LISWT participants experienced decreased pain and improved sexual function, they still had sexual dysfunction by the end of the study. Said Dr. Rubin, “Some of the objective measures looked beneficial, but a limitation is not knowing the true clinical benefits that these women saw – really understanding if it led to these women being able to have penetration and to have pleasurable penetration.”

Although the findings are intriguing, given the early nature of the data, further research is needed before LISWT can be recommended as a routine treatment for women with vestibulodynia. Similarly, additional studies are required to determine if the use of LISWT results in a large enough improvement to actually benefit patients with provoked vestibulodynia clinically.