How Sex Changes With Age 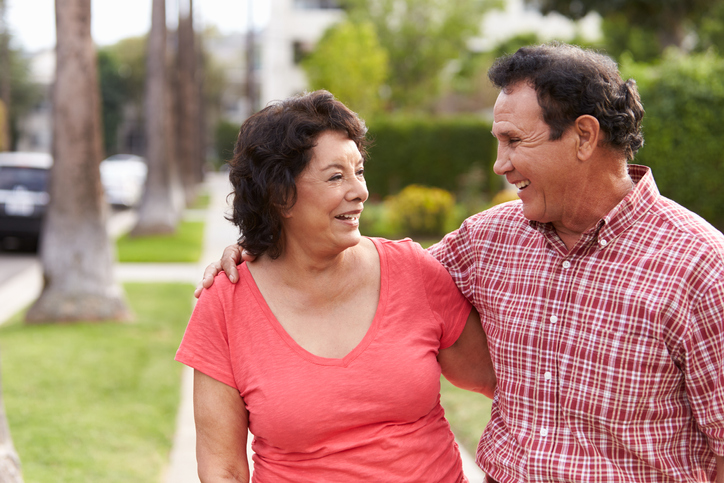 Those who believe that sex ceases to play a significant role in people’s lives as they age may want to reconsider their opinion. A 2017 national survey of senior citizens conducted at the University of Michigan revealed that 40% of men and women between the ages of 65 to 80 are still having sex. For those who were in relationships, this rate rose to 54%. Sixty-one percent of the survey participants indicated that sex is still an important factor in their quality of life.

Nevertheless, the experience of sex can change over the course of a person’s lifetime, due in large part to physical changes associated with aging, but also due to psychological and social factors.

Most women who experience age-related changes in their sexuality find that these changes occur after menopause, when their levels of estrogen and other sex hormones decrease. Here are some of the most common physical changes in women that may affect their sex lives as they get older:

Hormone therapy (taking synthetic estrogen orally or using a vaginal estrogen) is often an effective treatment option for women who are looking to lessen the effects of these physical changes. Over-the-counter vaginal lubricants and moisturizers may make sex more comfortable for women who are experiencing vaginal dryness. Women with sexual incontinence issues may also consider pelvic floor therapy.

Several changes occur in men as they age that may affect sexuality. Some men may experience a decline in testosterone which can contribute to differences in sexual experiences or sexual symptoms. These changes may include:

Men who are experiencing ED can benefit from seeing a health care professional about their condition because it has many potential causes which are treated in different ways. Medications like Viagra, Levitra, and Cialis may be helpful for treating ED. A competent health care provider may otherwise recommend hormonal therapy (taking synthetic testosterone), a penile pump, penile injections, or a penile implant, among other therapies. Sex therapists can also recommend adjustments to a couple’s sexual script or style to help facilitate meaningful sexual interactions.

The psychological and social factors that impact people’s sexuality as they grow older are just as important, though perhaps not as widely discussed, as the physical changes that accompany aging. In many cultures, sex is linked to youth and older individuals may be made to feel less desirable. This can negatively affect one’s self-esteem, which can, in turn, impair sexual performance.

Losing one’s romantic partner is also more common later in life, which has numerous ramifications when it comes to one’s emotional and sexual health. Naturally, losing someone so close can lead to depression. Additionally, those who have been in relationships for most of their lives may not know how to address their sexual feelings without their long-term sexual partner.

Finally, a person may find that they are no longer interested in sex, even if they had been interested in sex previously in their lifetime. Although life is still meaningful without sex, this shift in attitude may be difficult to come to terms with initially.

Counselling can be a helpful, healthy way to address the psychological and social factors that impact sexuality, especially during major life changes, such as the loss of a spouse.