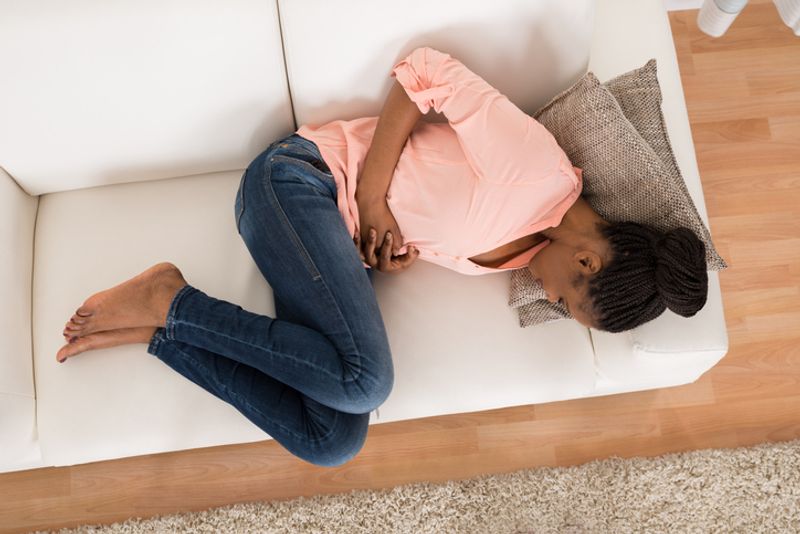 Endometriosis is a condition that affects women who have menstrual periods and can cause painful intercourse, heavy periods, and infertility, among other symptoms. It occurs when tissue similar to the tissue that lines the uterus (the endometrium) begins to grow outside of the uterus. Because this tissue behaves like the endometrium, it thickens and breaks down each month during a woman’s menstrual cycle, just like the tissues in her uterus. However, because it does not have a means of exiting the body, it irritates the surrounding tissues, creating scar tissue, causing pelvic pain, and sometimes resulting in cysts and/or adhesions (the term for when separate organs become stuck together).

Deep endometriosis (DE) is the most severe form of the condition. DE deeply infiltrates the pelvic tissues, affects organs near the uterus like the bladder and/or bowel, and causes changes to the structure of the pelvic organs (e.g., adhesions). Unfortunately, DE is strongly associated with female sexual dysfunction (FSD).

Despite being a common procedure for DE, little is known about the effect of laparoscopic surgery on the sexual function of patients with DE. To this end, the authors of a recent Journal of Sexual Medicine study evaluated the sexual function of a cohort of 149 women with DE at four specific timepoints: once before surgery, and at six weeks, six months, and 12 months after surgery.

Participants were asked to complete the Female Sexual Function Index (FSFI) questionnaire at each of these timepoints. The FSFI assesses female sexual function across six domains: desire, arousal, orgasm, lubrication, satisfaction, and pain. It consists of 19 questions that participants can rate as a 0 for no sexual activity (when applicable) or on a scale of 1-5, with higher numbers indicating better sexual function. For the purposes of this study, the researchers used an overall FSFI score of ≤ 26.55 as the cutoff for indicating FSD.

Even though the rate of FSD among the women in this cohort decreased at six and 12 months after surgery, the proportion of women who still experienced FSD remained quite high. Furthermore, the absence of FSD by this measure does not necessarily mean that the remaining women are without sexual difficulties. With this is mind, it may be helpful for patients with DE to speak to their health care providers about any sexual concerns they have and ask for additional resources to care for their sexual health. Clinicians can further support DE patients by taking the time to counsel them about the likely outcomes regarding sexual function after surgery and providing necessary referrals to sexual medicine specialists who can work with the patients to address their specific concerns.