Heteronormativity and Prostate Cancer in Gay and Bisexual Men 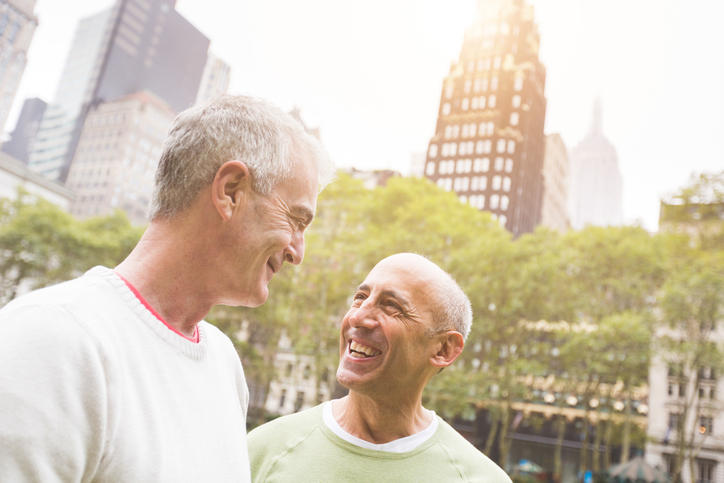 A prostate cancer diagnosis is distressing under any circumstances, and this stress may be compounded for gay and bisexual men by a possible heteronormative bias of research in the field. Heteronormativity is the belief, whether implicit or directly stated, that heterosexuality is the default or preferred sexual orientation. As such, heteronormative research hinges on the underlying assumptions that gender is binary (i.e., there are only two distinct genders) and that sexual relations generally occur between members of the opposite sex.

Heteronormativity is common and can be observed in many day-to-day situations: men’s and women’s magazines that share sex tips for pleasing members of the opposite sex, intake forms that provide only two or three options for indicating one’s gender (“male,” “female,” and sometimes “other”), and the sheer abundance of portrayals of heterosexual couples in popular culture, including movies, TV shows, songs, and art.

B.R. Simon Rosser, PhD, MPH, an accomplished researcher in LGBT health at the University of Minnesota School of Public Health, took a special interest in prostate cancer in gay and bisexual men when both he and his husband received a diagnosis. In his search for information, Rosser found there was very little scientific literature on the effects of prostate cancer in or rehabilitation strategies for gay and bisexual men.

Unable to find any articles on the topic before 2000, Rosser and a team of researchers undertook a comprehensive literature review of prostate cancer in gay, bisexual, and other men who have sex with men. The structured review (completed in 2015) revealed that there were only 28 scientific articles in English (+2 personal accounts) on the subject published between 2000-2015. This is a rate of 1.9 publications per year.

The authors suggested that this gap in knowledge may be particularly significant when it comes to the sexual health of gay and bisexual men who are recovering from a radical prostatectomy.

Most validated tools for assessing sexual function in men are based off the assumption that he is engaging in penile-vaginal intercourse. Such questionnaires often focus on what happens to a man’s erection when he penetrates his partner during intercourse, which assumes that the respondent is the insertive partner. Therefore, these tools are not suitable for assessing the sexual function of the receptive partner in a sexual encounter, nor do they address oral sex.

Another common consequence of radical prostatectomy is urinary incontinence, or unintentionally leaking urinary. Sometimes, a man can develop arousal incontinence (leaking urine when he is sexually aroused) or climacturia (leaking urine during orgasm). The authors speculated that this too could be of greater concern for gay and bisexual men because oral sex is often a central part of their sex lives.

Regardless of whether there is a heteronormative bias in research on prostate cancer, expanding the research on gay and bisexual men could go a long way in illuminating the effects of prostate cancer and its treatment in this population.