Can PTSD Cause Sexual Dysfunction? 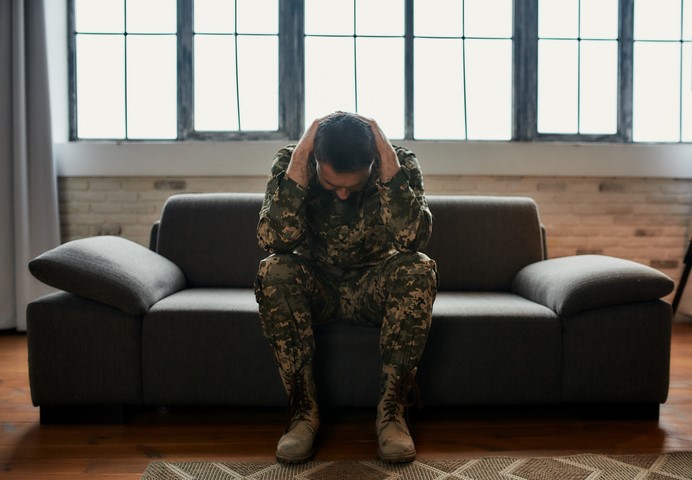 Post-traumatic stress disorder (PTSD) is a psychiatric condition that can be brought on by witnessing or experiencing a traumatic event like a serious accident, physical or sexual assault, or war and conflict. It is often characterized by intrusive, distressing memories, flashbacks, or nightmares about the event; avoidance of people, places, or things that remind one of the event; heightened emotional and physical reactions to stimuli; and negative changes in mood or thinking.

Past research has revealed an association between PTSD and sexual difficulties, but can PTSD actually cause sexual dysfunction? Experts theorize that PTSD symptoms may contribute to sexual difficulties if distressing thoughts or flashbacks occur during sexual activity, the person feels emotionally or physically vulnerable during sex, sexual activity or aspects of it remind the person of the traumatic event, and/or negative beliefs or hypersensitivity to stimuli make it difficult to be present during the experience.

Because combat exposure can often trigger PTSD, it is one of the most common mental health conditions affecting United States veterans and military personnel. As such, the authors of a recent Journal of Sexual Medicine study sought to clarify the nuanced relationship between PTSD and sexual difficulties through a systematic review of studies related to the topic in this population.

The systematic review yielded a total of 43 studies (in English) that explored the association between PTSD and sexual problems in U.S. veterans and military personnel. These 43 studies were then divided into categories based on sexual outcome, including: overall sexual function, sexual desire, sexual arousal, erectile dysfunction, orgasm functioning, premature ejaculation, sexual pain, sexual satisfaction, sexual distress, frequency of sexual activity, and importance of sex.

Careful analysis of the identified studies confirmed that PTSD is related to an increased risk of developing one or more sexual difficulties, though not necessarily across all categories. For example, some of the studies that examined the relationship between PTSD and sexual function in veterans and military personnel showed nonsignificant associations (as in the case of sexual arousal) or mixed results (orgasm functioning, erectile dysfunction, premature ejaculation, sexual pain, and frequency of sexual activity).

Overall, the studies in these categories affirmed a weak to moderate correlation between PTSD and the sexual difficulty in question. However, the authors point out that many of these studies did not account for other variables that may play a role in sexual function, like depression.

Furthermore, the studies identified in this review did not measure sexual outcomes or assess PTSD symptoms in a consistent manner, which limits the feasibility of truly comparing their results. Additional research that addresses these limitations would be beneficial for further illuminating the association between PTSD and sexual difficulties.

Still, the results of this study suggest that veterans and military personnel who suffer from PTSD may be at higher risk for experiencing at least one sexual difficulty. Individuals with PTSD may find it beneficial to discuss their sexual health with a trusted health care provider to identify possible coping strategies and/or treatment options.