Sexual Concerns of New Parents: Similarities and Differences Between Women and Their Partners 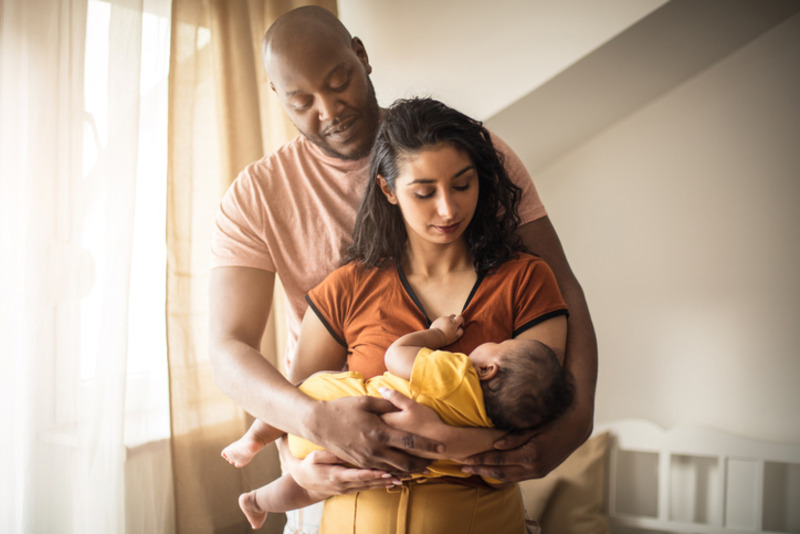 It is not unusual for new mothers and their partners to have concerns that affect their sex life after pregnancy and childbirth. After all, these events can cause temporary physical, hormonal, and emotional changes in women. What’s more, childbirth involves a period of physical recovery for the mother, and the baby introduces new responsibilities for both parents. Sleep deprivation, low sexual desire, and changes in one’s own body image or self-perception can all factor into a couple’s sexual connection as well.

While past research has indicated that most of these concerns are temporary, it is helpful to understand the similarities and differences between women and their partners when it comes to the common sexual issues that come up after having a baby. It is also worthwhile to see if/how these matters evolve in time. With these objectives in mind, researchers surveyed 203 couples (first-time mothers and their partners) about their sexual concerns at 3, 6, 9, and 12 months postpartum.

For this study, the researchers utilized the Postpartum Sexual Concerns Questionnaire, which assesses the presence (or absence) and severity of 21 common postpartum sexual concerns (e.g., body image changes, child-rearing duties, postpartum depression, pain during intercourse, vaginal dryness, low sexual desire/interest, etc.) The first-time mothers and their partners responded individually to the questionnaire so that their concerns could be compared and interpreted separately.

Ultimately, the researchers found that, in general, the sexual concern trajectories of the women and their partners were very similar. For the most part, the couples’ sexual concerns declined or remained stable over time. The only exception was the women’s concern about returning to work, which increased in intensity over time. This is understandable, as the stress of balancing work and childcare can create increased anxiety that could hamper a couple’s attempts to maintain their sexual connection.

The first-time mothers expressed higher levels of sexual concern than their partners for most of the items included in the survey. They had higher levels of sexual concern in terms of body image changes, child-rearing responsibilities, energy for sex, time for sex, breastfeeding, being the person with the lower sexual desire in the couple, changes in sexual self-perception, vaginal dryness, pain during sex, change in sexual frequency, and low sexual desire/interest.

In contrast, the partners had higher initial levels of sexual concern for just four of the items: returning to work, their sexual perception of their partner, changes in their partner’s body image, and being the person with the higher sexual desire in the couple.

This study is in line with previous findings on the topic, and it suggests that sexual concerns are normal for new parents. Furthermore, as time goes on, these concerns tend to decline, so new parents may feel encouraged to know that the challenges they’re facing likely won’t last forever.