Can a Person’s Diet Have an Effect on Erectile Dysfunction? 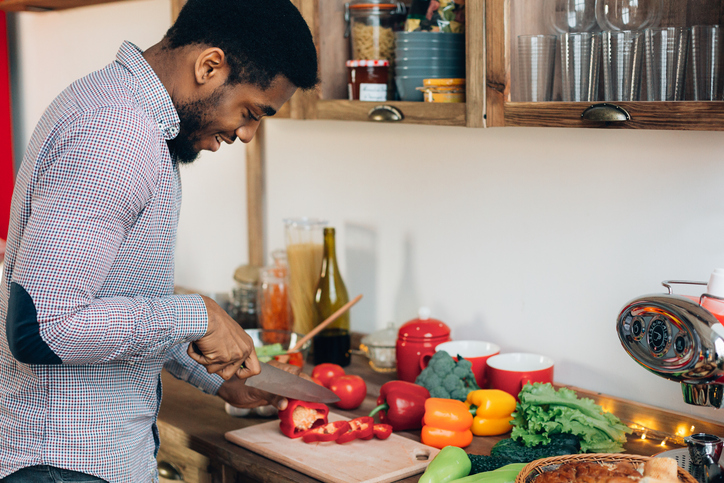 Contrary to what it may say on the internet, there is no magic food or supplement that can prevent erectile dysfunction (ED). Even so, diet and other lifestyle factors can play a role in contributing to or protecting against developing ED. The following are the ways in which a person’s diet may affect their likelihood of acquiring this condition.

As is the case with many things in life, what a person does most of the time matters more than what they do on occasion. This is to say that the occasional hamburger in an otherwise healthy eating routine is likely no cause for alarm. However, research suggests that a diet that consistently emphasizes fruits, vegetables, nuts, beans, legumes, and fish, and generally avoids full-fat dairy and red and processed meats may support healthy erectile function. Often referred to as a “Mediterranean diet,” this style of eating has been shown to have numerous health benefits.

One prospective cohort study of 21,469 men from the U.S. Health Professionals Follow-up Study which started in 1986 provided more information on the association between diet and ED. (This sample of men was still involved in the follow-up study between the dates of January 1, 1998, through January 1, 2014.) The participants, who were between the ages of 40-75 at the start of the study, completed a food frequency questionnaire (FFQ) every four years starting in 1986. Then, starting in 2000, their incidence of ED was assessed every four years for twelve years (2000, 2004, 2008, and 2012). The researchers quantified the quality of the men’s diets using the Mediterranean Diet score and the Alternative Healthy Eating Index 2010 score, with higher scores indicating healthier diets. Here is what they found:

The findings of this study and other similar studies suggest that maintaining healthy eating patterns over the course of a person’s lifetime may help protect against developing ED and/or developing severe ED.

Diets that are high in saturated fats may be detrimental to erectile function.

A diet that is high in saturated fats, which are found in meat and dairy products, can increase a person’s cholesterol levels. Although some cholesterol is necessary for cell and hormone production, high cholesterol has been linked to coronary heart disease, diabetes, stroke, high blood pressure, and other vascular diseases. Over time, high cholesterol can cause fatty deposits to build up in a person’s blood vessels, making it more difficult for blood to flow properly throughout the body. Because erections rely on good blood flow to the penis, having high cholesterol can hinder the process and impair erectile function.

Obesity is a risk factor for erectile dysfunction.

Poor eating habits may lead to a person becoming overweight or obese, which may in turn contribute to ED. Many studies have indicated an association between obesity and other conditions including diabetes, hypertension (high blood pressure), coronary heart disease, and ED. High blood pressure and diabetes may impact penile blood flow, affecting a man’s ability to get and maintain an erection.

Testosterone levels may also be associated with a person’s weight. Normal testosterone levels in men can help facilitate erections, but low testosterone often accompanies ED. One study examined the relationship between body mass index (BMI) and ED in a population of 2,435 Italian men who had sought treatment for ED between January 2001 and September 2007. Of the participants, 41.5% were normal weight, 42.4% were overweight, 12.1% were obese, and 4% were severely obese. The researchers found that testosterone levels decreased as BMI increased, and that obesity was linked to a higher risk of organic ED (ED caused by physical problems, not psychological issues).

While there is no way to prevent ED by eating a certain food every day, consistently eating a healthy diet, limiting foods high in saturated fat, and maintaining a healthy body weight have all been shown to support erectile function over the course of a lifetime.