An Overview of the Sexual Response Cycle 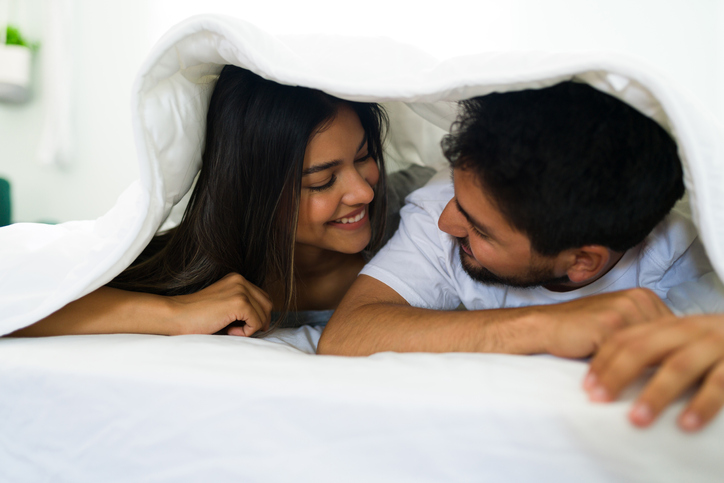 The sexual response cycle, as initially outlined by William H. Masters and Virginia E. Johnson in 1966, has four distinct phases: excitement, plateau, orgasm, and resolution. This model can provide a starting point for exploring the body’s responses to sexual activity. Still, many sexual medicine experts point out that the process leading from initial arousal to resolution is not always so linear, particularly for women. For this reason, the female sexual medicine community generally accepts an alternative model, the nonlinear model of sexual response, which Rosemary Basson developed in the early 2000s (to be discussed later in this article).

Furthermore, although the participants of a consensual sexual encounter may each experience all four phases of the sexual response cycle during said encounter, it is unlikely that they will go through the phases at the same time. Therefore, reminding a patient that models provide a point of reference, not a rule, and that couples will likely not climax at the same time may be a helpful first step towards lessening anxiety around sexual performance and orgasm.

According to Masters and Johnson, during the excitement phase of the sexual response cycle, a person’s heart rate and breathing begin to quicken. The muscles of the body tense, the nipples harden, and the skin may begin to flush. Blood flow to the genitals increases, leading to erections in men and the swelling of the clitoris and labia minora in women. In women, the vaginal walls start to lubricate, and in men, the testicles swell and the scrotum tightens.

These physical responses are intensified in the plateau phase, which is the phase of sexual excitement before orgasm. Heart rate, circulation, breathing, and muscle tension continue to increase. Muscles in the hands, feet, and face may spasm involuntarily. The walls of the vagina may become a purplish color due to the increased blood flow, and the clitoris becomes extremely sensitive, retracting partially (or totally) under the clitoral hood. Generally, a man’s urethral sphincter will contract in this phase to keep urine from mixing with semen. The penis may discharge pre-ejaculate at this point.

The shortest phase of the sexual response cycle is the orgasm. An orgasm is characterized by a sudden, complete release of sexual tension. Blood pressure, heart rate, and breathing reach their maximum rate at this point. Muscles contract involuntarily, particularly those in the lower pelvic region around the sexual organs, but also in other parts of the body, such as the feet. Women experience contractions in the uterus and vagina, while men have contractions in the muscles at the base of the penis, a process that usually results in ejaculation. In some cases, female ejaculation can occur as well, which is often referred to as “squirting.”

In the resolution phase, the muscles relax, breathing and heart rate decrease, and the genitals return to their nonexcited state. The body itself returns to its normal functioning condition. Men usually experience a refractory period after orgasm in which they cannot orgasm again. Women can sometimes have multiple orgasms in a row when sexual stimulation continues.

On the other hand, Basson’s nonlinear model of sexual response emphasizes the importance of intimacy in sexual responses and asserts that desire can be in direct response to sexual stimulation or occur spontaneously, before or after sexual arousal. In fact, female sexual medicine experts believe that many women begin sexual activity from a place of sexual neutrality and may experience sexual drive spontaneously at various points throughout the process. This circular model of sexual response acknowledges that orgasms can contribute to satisfaction but notes that they are not the sole source of pleasure for many women. It also gives more weight to emotional responses and relationship factors in shaping sexual responses, whether positively or negatively.

Currently, little is known about the sexual response cycle for transgender individuals, but emerging evidence is growing. Holmberg et al. (2018) suggest that evaluating sexual function and dysfunction in transgender persons is a multidimensional process and recommend exploring wishes and hopes for sexual function during assessments.

Providers may choose to use these sexual response cycle models to explain common physical responses to sexual stimulation to patients, but in doing so, they should bear in mind that all individuals and sexual experiences are unique. It may be beneficial for a provider to share with patients (particularly those experiencing sexual dysfunction) that sex can be pleasurable and satisfying even without an orgasm and suggest ways to foster sexual intimacy between partners that are not orgasm-focused.